The Los Angeles Times recently branded the West Adams real estate market as one of the most promising markets in the county.  Recent sales data supports that conclusion, as its growth in the past few years has lagged behind Los Angeles County, resulting in an influx of purchasers looking for affordable homes in a central location.  Combined with the development of the Metro Line through the area, the West Adams real estate market promises to show significant growth in the next few years.

The West Adams area is a sub-section of the 90016 zip code.  It is bordered by Culver City on the west, Baldwin Hills on the South, Mid-City to the north, and Jefferson Park to the east.  According to the Los Angeles Times’ Mapping Los Angeles project, the area is young, contains a large African American and Latino population, and has a relatively low median household income.  It is a highly dense area, with a population of 22,857 in 2008 in a 1.48 square mile area.

West Adams is one of the most historically interesting areas of Los Angeles.  It was formerly the wealthiest district in the city due to a large population of Downtown businessmen and USC professors residing in the area.  As a result, several areas have been designated as historic preservation zones due to the architectural history.  However, the development of Beverly Hills and Hollywood in the 1910s resulted in much of Los Angeles’ wealthy population abandoning West Adams.  To date, however, traces of the historically wealthy in West Adams remain, as picture below (from left to right, the Stimson House, the Fitzgerald House, and the Britt House). 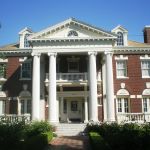 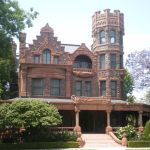 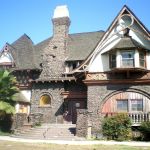 West Adams is one of the oldest neighborhoods in Los Angeles. Most of the buildings in West Adams were erected between 1890 and 1925.  As a result, this makes the area prime for investors looking to purchase older properties and “flip” them.

The Los Angeles Times recently branded the West Adams real estate market, as well as the adjacent Jefferson Park and Leimart Park, as one of the most promising real estate markets in Los Angeles, as it has begun to attract young professionals looking for affordable homes in central Los Angeles.  As shown in the graph below, the increase in the median sale price of residential properties in West Adams as compared to Los Angeles County is relatively slow, with prices increasing 40% compared to Los Angeles County’s 46%.  The recent development of the Metro Line through the West Adams area, however, has recently encouraged growth as more people, and therefore more money, flows through the area. 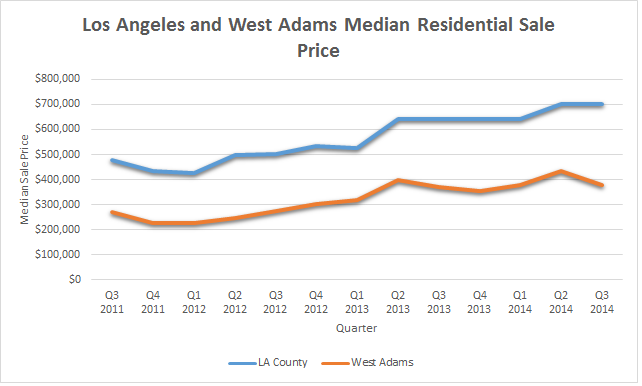 Given the relative delay in growth in West Adams, the area provides an excellent opportunity for investors and purchasers looking to maximize their potential growth.  Indeed, the market is already being inundated with investors looking to flip properties – a tell tale sign that their is significant potential for growth in the area.

If you would like to further discuss how Esquire Real Estate Brokerage, Inc. can help you in the Los Angeles and West Adams real estate markets, feel free to give us a call at 213-973-9439 or send us an email at info@esquirereb.com

May 11, 2021
Read All Blogs
PrevPrevious$600k In LA – What Can It Buy?
Next5 Best Trick or Treat Locations in Los AngelesNext