Obama’s Cut to Mortgage Insurance – What Does It Mean?

This past Wednesday, January 7, President Obama announced plans to reduce insurance premiums on government mortgages. The plan is designed to reduce the cost of home ownership, thereby stimulating the national housing market. The Federal Housing Administration (FHA) projects that the measure will add 250,000 first-time home buyers to the market and will allow 2 million buyers to save an average of $900 per month.

There is, however, some disagreement over whether Obama’s plan will truly have the effect that is predicted by the FHA. David Stevens, CEO of the Mortgage Bankers Association, told CNBC that he believes “the marginal impact on sales will be small because potential buyers make the decision to purchase based on trigger events, such as a new job, marriage, kids, etc. Changes in affordability only impact how much home they can buy.” 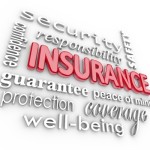 What Is Mortgage Insurance?

Historically, loans backed by the FHA’s mortgage insurance were rare. Between 2003 to 2007, less than 10 percent of loans originated each year were backed by the FHA. After the financial crisis of 2008, as lenders tightened lending requirements and started requiring larger downpayments, more people started looking to the FHA for a loan, resulting in about 40 percent of loans originated in 2009 being backed by the FHA. As demand for FHA loans increased, the FHA began to increase its mortgage premiums, making it more difficult to afford an FHA loan. This, theoretically, pushed first-time home buyers and low-income buyers out of the housing market.

The Effect Of Obama’s Cut To Mortgage Insurance Premiums

President Obama has guaranteed a 0.5% cut to FHA mortgage insurance rates, dropping the rate from 1.35% to 0.8%. The cut is designed to curtail the recent increases in FHA mortgage premiums, make FHA loans more affordable and available, motivate new buyers to enter the market, and thereby stimulate the national housing market. As noted above, the FHA projects that the m 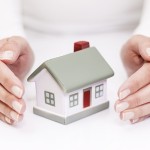 easure will add 250,000 first-time home buyers to the market and will allow 2 million buyers to save an average of $900 per month.

However, as also noted above, the cut may not necessarily increase the number of buyers who enter the market, but may instead simply raise the bar on how much existing buyers are willing to pay for their new homes. In other words, money that would have otherwise been spent on mortgage insurance will potentially go to a more expensive home instead. This theory, however, still means that the cut will promote growth in the housing market by enabling buyers to spend more.

Regardless of how the cut affects buyers, what is clear is that Obama’s cut will allow buyers to spend less money on mortgage insurance and more money on homes. The cut comes as especially good news to first-time home buyers, who will not have built equity in a previously purchased home and therefore will have less money available for a downpayment, and also lowiincome buyers who may not qualify for a non-FHA loan. The cut is yet another of President Obama’s policies designed to promote growth in the economy in advance of the upcoming elections, and it promises to effectively boost the lagging housing market.

If you would like to further discuss how Esquire Real Estate Brokerage, Inc. can help you in the Los Angeles real estate market, feel free to give us a call at 213-973-9439 or send us an email at info@esquirereb.com