The Eagle Rock real estate market is one of Los Angeles’s suburban markets that, in recent years, has gained significant popularity among young professionals looking for affordable alternatives to Silver Lake and Echo Park. Nestled just north of Downtown and east of Glendale, it is extremely convenient and affordable for Los Angelenos who want to avoid the premium associated with living further west. In fact, it has become so popular that real estate website Redfin has ranked the Eagle Rock real estate market in its top five hottest neighborhoods in Los Angeles in both 2013 and 2014.

Eagle Rock is a suburb of Northeast Los Angeles in the San Rafael Hills. The area is bordered by Glendale on the north and west, Glassell Park to the southwest, Pasadena and South Pasadena on the east, and Highland Park on the southeast. 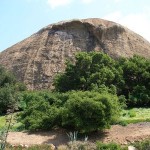 derives its name from a huge boulder at the area’s northern edge, which casts a bird-shaped shadow on the boulder at certain times of the day, as pictured to the right. The area has retained many of its historically and architecturally sigificant structures, including its original City Hall and library. In fact, it’s library, built in 1915, is registered on the National Register of Historic Places and has been converted into the Eagle Rock Community Cultural Center. Eagle Rock is now more well known as the home of Occidental College (President Obama’s alma mater).

According to The Los Angeles Times’s Mapping Los Angeles project, Eagle Rock’s population is highly diverse, but the area is otherwise statistically unremarkable – median household income, education level, age, and household size are all about average when compared to the remainder of Los Angeles County. However, the area’s “small town” character is quite remarkable, especially given its proximity to some of the more dense and busy parts of Los Angeles, such as Downtown.

The recent influx of a younger population into Eagle Rock has given rise to a thriving nightlife and restaurant scene. Popular cafes litter Colorado Blvd. (which runs east-west through the center of Eagle Rock), and upscale restaurants can be found along Eagle Rock Blvd. (which runs north-south and meets Colorado Blvd. close to the middle of Eagle Rock). The area is serviced by several highly ranked public schools, including Celerity Troika Charter School (ranked 10/10 by GreatSchools), Renaissance Arts Academy (ranked 9/10), Delevan Drive Elementary (ranked 9/10), and Eagle Rock Elementary (ranked 8/10). 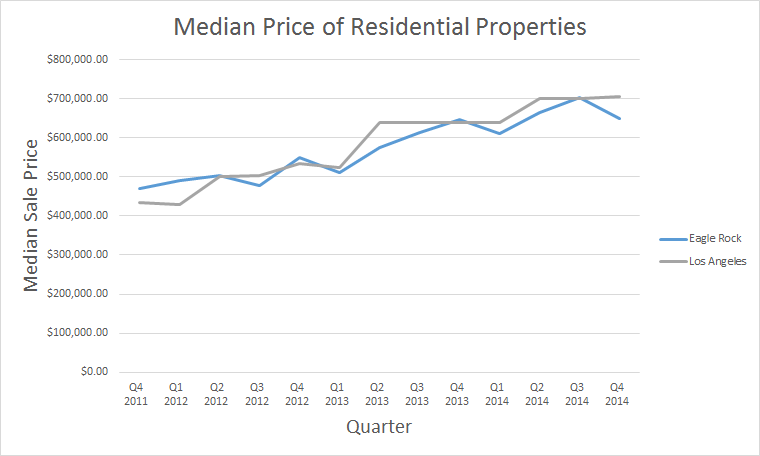 As a result, the Eagle Rock real estate market remains a viable area for families looking to make a smart investment when searching for a home. As the surrounding areas become increasingly unaffordable, it is likely that homebuyers will increasingly look to Eagle Rock for an affordable, conveniently located alternative.

If you would like to further discuss how Esquire Real Estate Brokerage, Inc. can help you in the Los Angeles and Eagle Rock real estate markets, feel free to give us a call at 213-973-9439 or send us an email at info@esquirereb.com