Billionaire Jeff Greene is the current owner of America’s most expensive listing. The Beverly Hills estate located at 9505 Lania Lane, Beverly Hills, California 90210, also known as Palazzo di Amore, can only be described as a mansion / residential compound / vineyard. But with a price tag of $195 million, buyers who can afford America’s most expensive listing are few and far between. 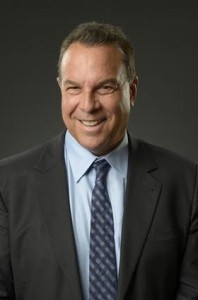 Who Is Jeff Greene?

Jeff Greene was born in 1954 in Massachusetts to working class parents. Mr. Greene graduated from Johns Hopkins University with a B.A. in economics and sociology, and in 1977 earned his MBA from Harvard. He moved to Southern Califorinia and lived there during the 1980s and 1990s. In 1982 he ran and lost in the Republican primary for the 23rd Congressional District.

Mr. Greene began building his real estate empire while in business school at Harvard. He bought his first home and began renting out rooms, and by the time he graduated he owned 18 properties.

Ironically, Jeff Greene became a billionaire during the recession by betting that people would default on their mortgages. As a result of those investments, Mr. Greene made over $800 million. Now, Mr. Greene, a Florida resident, owns more than 30 properties in Florida, 3,500 apartments in Los Angeles, three buildings in downtown Manhattan, and estates in the Hamptons and Malibu. He has a reported net worth of $3 billion and ranks number 190 on the Forbes 400 list of richest Americans.

The recession was also a bargain-hunting opportunity for Mr. Greene. In 2007, he purchased the property at 9505 Lania Lane in Beverly Hills out of a receivership for $35 million from a Saudi Businessman. Over the next several years, Mr. Greene estimates he spent $25 million on improvements. During that time, he rented the property, mostly to Saudi royalty. It was most recently listed for rent in September for $475,000 per month.

Now that construction is complete, the estate is massive and opulent. It spans over 25 acres and contains a vineyard, basketball courts, tennis courts, a pool, parking for 150 cars, a guard house, private drivers’ quarters, a guest house, a super-sized reflecting pool, and more. The home itself is 35,000 square feet and contains a 50-seat theater, a discotheque with a rotating dance floor and DJ booth, and other comforts beyond imagine. For more pictures, the property’s website can be found here.

At a list price of $195 million, there are very few people who can afford America’s most expensive listing. Listing agent Joyce Rey of Coldwell Banker believes that the buyer will likely be foreign royalty, such as a Russian oligarch or a Saudi sheikh. Mr. Greene believes the price tag on the property to be “reasonable”. Typically, however, properties like the Palazzo di Amore sell for far below the list price, which is often considered a “vanity number”.