2018 was a year of perspective.  Sellers may have been disappointed to see fewer buyers willing to participate in bidding wars due to increases in interest rates and resulting increased cost of home ownership.  Buyers, on the other hand, saw a welcome cooling of the market.  While we expect the cooling to continue into 2019, we also expect home prices to continue to steadily increase as supply and demand continue to equalize.  Read below for a detailed analysis of what happened in 2018 and our 2019 real estate predictions.

Prior Real Estate Predictions And Recap Of 2018

Last year, we predicted continued but slowed growth in the real estate market due primarily to (1) insufficient inventory of homes available for sale, (2) more aggressive increases to the target interest rate by the Fed resulting in higher mortgage interest rates, but not above 5% and (3) increased cost of home ownership due to President Trump’s tax reform.  Others predicted more of the same due to continuing high demand for homes and potentially an exodus of homeowners from high-tax states, such as New York and California, due to the tax reform.

2018 was generally consistent with our predictions.  The Fed aggressively raised rates from a bottom target rate of 1.25 at the beginning of the year to 2.25 by the end of the year.  Average mortgage rates on a 30-year fixed loan similarly rose from 3.95% to a high of 4.87%, ending the year with a slight dip to 4.64%.  The below chart depicts the Fed and average mortgage rates from 2017 and 2018. 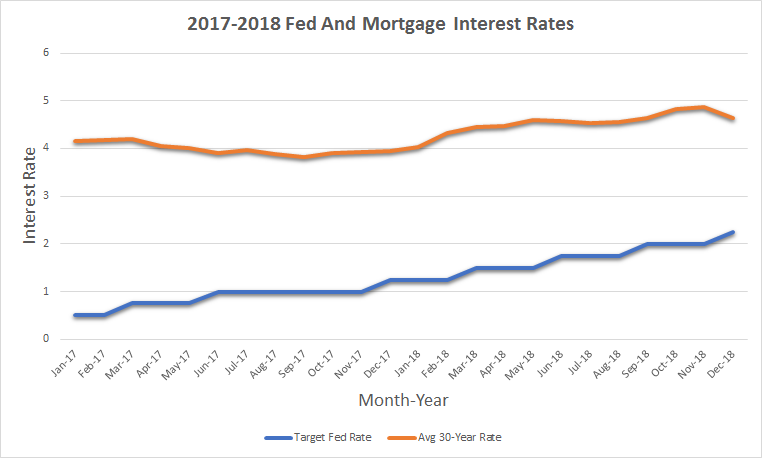 The volume of home sales also dropped significantly in the latter half of 2018.  Nationally, home sales dropped for seven consecutive months between April and October.  In September of 2018, new home sales dropped to almost a two-year low.  November and December saw a slight increase.  National Association of Realtors Chief Economist Lawrence Yun indicated that the overall decline appeared related to the rise in interest rates.  The below chart depicts the percentage change in volume of sales for 2017 and 2018 in Los Angeles. 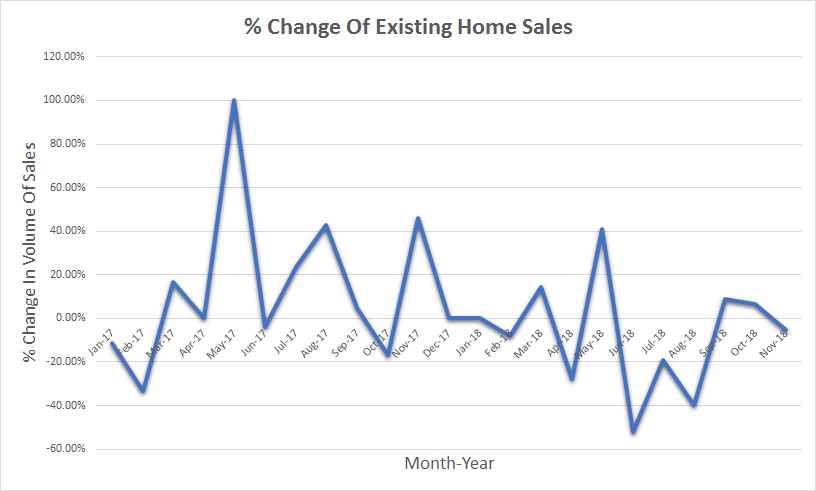 Thus, while the price of homes continued to steadily rise in 2018, the market experienced slowed growth in comparison to the prior year.  This can likely be attributed largely to the Fed’s aggressive increases in interest rates, and presumably also to the increased cost of ownership (particularly in relatively expensive areas such as Los Angeles County) due to President Trump’s tax reform, which reduced tax incentives of home ownership.

What Others Are Saying About 2019 Real Estate Predictions

•  The California Association of Realtors predicts continuing rises in interest rates, a decline in home sales, and slower increases in home prices.
•  Curbed.la predicts home prices will continue to rise, but at a slower rate due to many buyers being priced out of the market.
•  An article published in Forbes predicts mortgage rates will reach 5.8%, demand will continue to rise, buying power will decrease due to increased rates resulting in a slowdown in sales, overall home sales will decrease, inventory will increase, home price growth will slow, and buyers will generally see less competition. 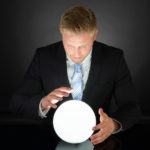 That does not, however, eliminate the impact of the rate hikes of 2018.  We tend to agree with the prediction that while there does not appear to be any reason for a decline in housing prices, any increase in housing prices in 2019 will be slower than increases seen prior to 2018.  This will hopefully result in a balancing of inventory and demand, leading to fewer bidding wars on property and a shift in power from sellers to buyers.

If you would like to further discuss Esquire Real Estate Brokerage, Inc.’s 2018 real estate predictions and how we can help you in the Los Angeles real estate market, feel free to give us a call at 213-973-9439 or send us an email at info@esquirereb.com.