With the new year comes new and interesting predictions.  Keeping in mind that housing market predictions are largely speculative, it’s always interesting to know what others think about the future.  Looking back to 2014, the real estate market saw record lows in interest rates and record highs in housing price increases.  Many are predicting 2015 to continue a similar trend, but with higher interest rates and slowed increases in housing prices.  Interestingly, similar predictions were made at the beginning of 2014, and those predictions proved to be very, very wrong.  Only time will truly tell whether our 2015 real estate predictions are accurate.

What Others Are Saying About 2015 Real Estate Predictions

• Home Buying Institute – (1) Continuing increases in home prices, but at a slower pace; (2) double-digit percentage gains in home prices limited largely to California markets; (3) increases in mortgage rates, but mortgage rates to remain below 5%, (4) declines in foreclosures as well as foreclosure inventory, and (5) relaxed standards on mortgages, making it easier to obtain home loans. 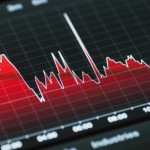 • Realtor Magazine – (1) Increase in mortgage rates; (2) continued home-price appreciation, but at a slower pace; (3) a rise in new construction; (4) decrease in home loan originations due to a decline in refinances; and (5) increases in multi-family mortgage originations.
• California Association of Realtors – (1) Increase in mortgage rates; (2) increase in sale of existing single family homes; (3) continuing increase in housing prices, but at a slower rate, and (4) slight decrease in housing affordability.
• Zillow – (1) Increases in rents will outpace increases in home prices; (2) Millenials will overtake Generation X as the larges homebuying age group; (3) builders will build more, less expensive homes, (4) home buyers will have more leverage in the market due largely to increased inventory.

The above 2015 real estate predictions are based largely on the assumption that mortgage rates will rise, resulting in slower gains in home prices (i.e. houses become more expensive to own, and therefore prices must adjust to make homes affordable).  That assumption makes complete sense given the current record lows of interest rates and recent record increases in housing price gains, especially when combined with a prediction from the Mortgage Bankers’ Association that rates will reach 5% and Freddie Mac’s chief economist Frank Nofthaft’s expectation that rates will rise to 4.5% in 2015.  These sound like smart people who have a good idea of what’s going on, so why shouldn’t we believe them?  They’re probably right… right?

Given recent mortgage rate predictions from “reliable” sources, the answer is a resounding no.  In fact, in the beginning of 2014, economists for Fannie Mae and Wells Fargo predicted that mortgage rates would reach 4.9% by the end of 2014, while Kiplinger and the National Association of Realtors projected rates of up to 5.5%.  As interest rates continued to plummet, rates in 2014 were not even close to 5%, and the average rate on a 30-year fixed loan remained below 4.5%.  In fact, according to Freddie Mac, the average was at 3.875% for the year.  Suffice to say, the experts were wrong.

So why shouldn’t we expect mortgage rates to rise?  Housing prices have increased, so shouldn’t interest rates rise to counter-b 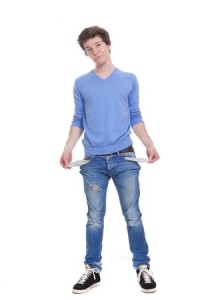 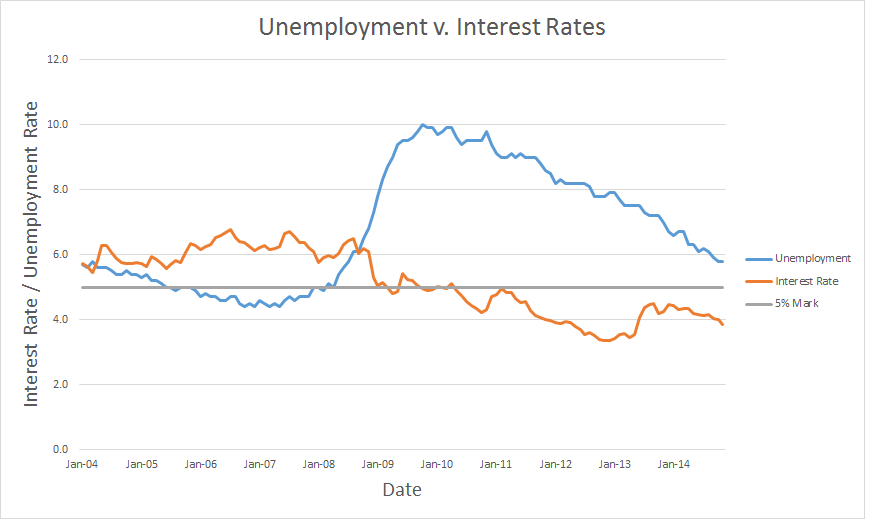 This is not to say, however, that housing prices will continue to increase as they have.  The market has probably already largely adjusted to account for low interest rates, and therefore it makes sense that increases is prices will slow.  However, one can expect that low interest rates will continue to motivate buyers to enter the market, resulting in continuing high demand.

In short, our 2015 real estate predictions are that growth will likely continue, but at a slower pace than in 2014, and it is unclear whether interest rates will truly rise.  Whether interest rates will rise or not will largely depend on the economy’s performance as a whole.  Unless the unemployment rate drops below 5.0% and the global economy stabalizes, it seems unlikely that the federal reserve will budge on its policy of keeping rates low (especially in an election year when the democrats will be motivated to continue feeding fuel to the economy’s fire).  The time remains ripe to enter the housing market and capitalize on record low interest rates, regardless of the price of homes.

If you would like to further discuss Esquire Real Estate Brokerage, Inc.’s 2015 real estate predictions and how we can help you in the Los Angeles real estate market, feel free to give us a call at 213-973-9439 or send us an email at info@esquirereb.com.